Many schools here in Australia and around the world are steeped in history and hold close, a sense of history and tradition of those who have come before the current student cohort and those who will follow after. As an Old Boy of one such school, Anglican Church Grammar School here in Brisbane, it was a privilege for our family business, Adina Watches to be commissioned to replace and update the ‘Penrod’ Schmidt Memorial Clock which holds a commanding view across the school, but unfortunately for decades had only been right twice a day!

Before undertaking this exciting opportunity, we first wanted to understand more about the person the clock was dedicated to, Old Boy James ‘Penrod’ Thomas Schmidt who attended ‘Churchie’ from 1960 to 1966, during which time he served as an officer in the CEGS Army Cadets, rowed in the 1st VIII and played rugby in the 2nd XV. On leaving Churchie, with a love of the cattle industry, Penrod had a two-year break and spent most his time working on the family’s cattle properties. He later commenced studies at the Marcus Oldham Agricultural College in Victoria. Shortly thereafter Penrod’s life was cut tragically short, as a result of a terrible car accident. The clock on the wall of Young Building was dedicated to Penrod’s memory, having been donated by his parents, James ‘Jim’ Schmidt (also a Churchie Old Boy finishing in 1930) and Elizabeth ‘Betty’ Schmidt. Penrod’s brother, Paul Schmidt (who finished Churchie in 1958) commented to his parents “The clock faces the oval and tennis courts below so that the boys playing sport on ‘The Flat’ can easily check the time from a distance”. 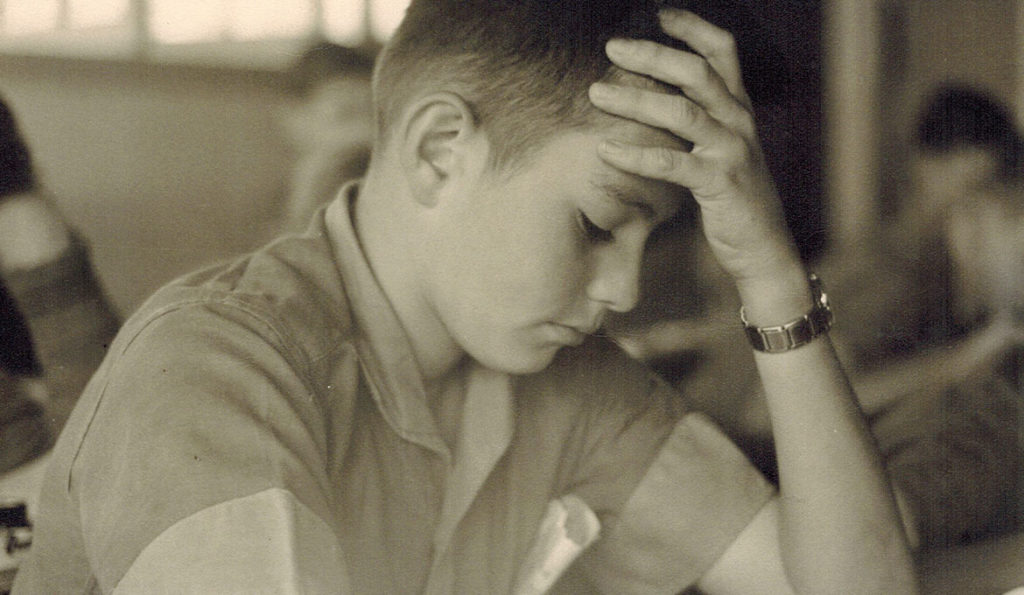 Now with a real sense of history and purpose we set about designing a clock that was going to be set off an open brick wall, as the original had. This in itself would raise certain challenges that, not until you are waist deep into the journey you take into consideration! Like ensuring the hands won’t come flying off in high winds as the minute hand is almost a metre long!

We decided to go with a new Belgian made master and slave electric system which is specially designed to withstand significant adverse weather conditions. The setting of the numbers and batons off the wall was important not only to give a three-dimensional effect and great clarity over a long distance but also would stick with the original design of the clock. Each baton and number were made from steel, then laser cut, sandblasted and powder coated prior to installation. Whilst surge and lightning protection are important features, the most impressive feature of the new clock is its accuracy. Hidden behind the figure at 12 o’clock is a GPS system that is used to maintain accurate time keeping and give the clock the ability to reset itself in the event of a power outage. Finally, the chosen colour to finish the clock to complement the school’s architecture is Churchie Cream, which interestingly is an official Dulux colour.

For us especially as both Dad (Bob) and myself are Churchie Old Boys of the school we placed immense pressure on ourselves and our team to deliver a beautiful, accurate clock and fifty years on from Penrod’s untimely death, it is wonderful to see this iconic school feature once again serve its intended purpose in the lives of the young men who attend ‘Churchie’ and continue as a meaningful tribute to Penrod.

About the Author: Adina Watches